Union Rescue Mission’s Board of Directors is a diverse governing board of highly qualified Christian professionals representing a wide range of experience and backgrounds. They offer governance, guidance, accountability, and support to help URM achieve our mission. The URM Board members selflessly volunteer their time, talent, and treasure to help fight homelessness in LA.

Jeff Hudson, Senior Vice President and Managing Director of Walker & Dunlop, began his professional career in Real Estate Finance in 1978. In 1992 Hudson joined the George Elkins Mortgage Banking Company as Chief Executive Officer. In 2016 he and his partners sold the company to Walker & Dunlop. Hudson has arranged more than $10 billion of Debt and Equity in the financing of properties across the country.

Hudson graduated from University of California at Santa Barbara where he received his B.A. in 1974. He subsequently attended Woodland School of Law, where he received his Doctor of Jurisprudence in 1978. The State of California admitted him to practice in 1978, and the following year he was admitted to practice before the Supreme Court. In 1979, Hudson received his certification to teach the subjects of Law, Banking, and Finance at the Community College Level. More recently Hudson has been enrolled in the Masters of Education program at Mount Saint Mary’s in Los Angeles.

Some of his memberships in professional associations include the California State Bar, The Mortgage Bankers Association of America, and the Commercial Real Estate Secondary Market and Securitization Association. He is a former member of the Faculty of the Practicing Law Institute in San Francisco, and a former member of the Board of Directors of Kennedy Wilson International. Hudson and his wife, Sandy, attend Calvary Church in Pacific Palisades where he has served as an Elder. They have three grown children.

Private Equity Investor
Board Member since 2010 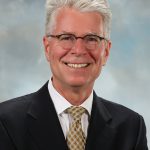 Kevin Dretzka is a private equity investor active in real estate, oil and gas, renewable energy, and service company investments.  Prior to becoming a private equity investor in 2004, he was a Managing Director of Eastdil Realty (now EastdilSecured), a real estate investment banking firm which became a wholly-owned subsidiary of Wells Fargo in 1999.  Between 1987 and 2004 while at Eastdil, his resume totaled $6 billion in debt and equity transactions completed throughout the United States.  Prior to joining Eastdil, he was a vice president of Heron Properties, a private London-based real estate firm.

In addition to the Union Rescue Mission board, his community positions include the UCLA Health System board and chairman of the American Youth Symphony board of directors.

He received his B.B.A. and M.S. degrees from the University of Wisconsin.

Kevin and his wife, Silvia, have two children and reside in Los Angeles.

Senior Pastor
Zoe Christian Fellowship of Whittier
Board Member since 2004

Pastor Ed earned a B.A. in Applied Mathematics and a M.B.A. in Marketing/Finance from UCLA. He is sought after as a speaker for conferences and seminars in the U.S., as well as abroad. He was invited to Russia in 1995 to participate in training the staff of the fourth largest bank in Russia. His speaking/ministry engagements have taken him to Japan, Puerto Rico, Guatemala, and South Africa.

Pastor Ed is the founder of the Zoe School of Economic Development, an entrepreneurial course for those seeking to be successful in business, which was featured on Warner Brother’s Making It, a program devoted to highlighting the accomplishments of minority entrepreneurs.

All Nations Academy of Excellence was founded for infant care and preschool to provide a strong Christian and academic foundation for success.

Pastor Ed is the former Chairman and current Board Member of the Evangelical Christian Credit Union, the largest financier of church and ministry loans in the United States, with over $1 billion under asset management. He serves as the Board Chairman of Window International Network. Based in Colorado Springs, Colorado, Window International Network is focused on bringing the Gospel to the nations within the 10/40 window. In 2004, he was elected to boards of the Christian Management Association and the Union Rescue Mission.

Pastor Ed and his wife Vanessa Smith have been married since 1975 and are blessed with four wonderful children, three sons: Joshua and wife Marsee; Eddie, Aaron, and one daughter: Naomi.

W. Cedric Johnson joined the Union Rescue Mission Board of Directors on April 25, 1994. He was elected as Chairman of the Board in January 2002 and served until January 2004. Mr. Johnson is Founder and President/CEO of Quantum Digital Solutions, a high technology applied science firm specializing in the design of communications computer architectures.

He is a graduate of the Claremont Colleges where he majored in Applied Mathematics and Management Engineering, and was twice elected a student body officer. His professional employment experiences have included terms with the Los Angeles County Engineer and Rockwell International, where he worked in an Operations Research and Systems Integration Think Tank.

Mr. Johnson is active in his local and national church and has also served on numerous corporate and community related boards: The African American Center for Educational Excellence, California Consortium for Transportation Research, Claremont College Alumni Association and the National Association of Minority Businesses, to name only a few.

Board Member since April 2015 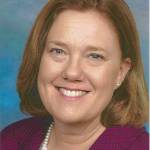 Lisa Meeske Sloan was born the youngest of four children in Detroit, Michigan. She’s received a BFA from the University of Michigan and married Tim Sloan in 1982. She worked at Valassis Printing Company in the design department for two years.

The Sloan’s moved to Chicago in 1984, where Lisa worked as a graphic designer for Handelan – Pedersen. In 1987 they moved to the San Gabriel Valley. Lisa worked for the next 25 years as a stay at home Mom to their three children.

During those years she volunteered for the San Marino public schools, San Marino Community Church and Nursery School, San  Marino National Little League, National Charity League, and the local Girl Scout and Boy Scout programs. After becoming an empty-nester, Lisa started a small home renovation business called Silk Purse Renovations, LLC. She is presently an elder and chair of the Worship Committee at San Marino Community Church and a board member of Villa Esperanza Services in Pasadena. 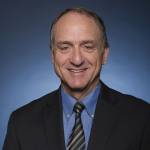 Cary Mitchell joined the Union Rescue Mission Board of Directors in 2014. He is a Professor of Psychology in the Graduate School of Education and Psychology at Pepperdine University. During his three decades at Pepperdine, he has served as an Associate Dean in the graduate school and also as the Director of Clinical Training for the university’s Doctor of Psychology program. Currently he teaches courses in psychological assessment and chairs dissertation research.

Dr. Mitchell is the founding co-director of the Jerry Butler/URM-Pepperdine University Community Counseling Center at URM. Since 2001 he has been actively involved in co-directing and supporting URM’s mental health clinic. He has authored multiple grants that have provided funding for the center. From 2001 to 2015, over 90 clinical psychology doctoral students from Pepperdine completed traineeships at the URM-Pepperdine counseling center. Dr. Mitchell is committed to supporting URM’s efforts to provide needed services to homeless and poor persons in the inner city.

A 1976 graduate of Pepperdine University, Dr. Mitchell holds M.A. and Ph.D. degrees in clinical psychology from the University of Kentucky. He is a licensed psychologist and does consulting in the area of pre-employment psychological evaluation.  He is married to Sharon Scott Mitchell. Cary and Sharon are the proud parents of three daughters, all of whom are Pepperdine graduates. 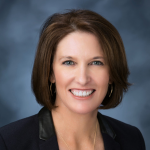 Karen Preston joined the Board of Directors of URM in November 2016.  She serves on the Program Committee and maintains an active role as a volunteer teacher and mentor at Hope Gardens Family Center.

In 1992, Karen and her husband, Mike, moved to Melbourne, Australia, and so began the years of raising a family and volunteer work serving children including American Women’s Auxiliary of the Royal Children’s Hospital (Melbourne, Australia), two terms of service on the San Marino Unified School District Board of Education, Two Hearts Foundation, Spiritual Care Guild for Children’s Hospital Los Angeles, Young Life, and Lake Avenue Church.  She Co-Founded & Co-Owned Lizzie Driver, a women’s golf apparel brand. She received a B.S., Kinesiology from UCLA, where she met her husband during a weekend Campus Crusade retreat at Lake Arrowhead.

Karen and Mike have been married since 1988 and have two grown sons, Danny and Steven. 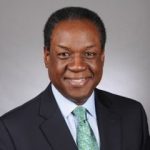 David Wood is a retired Executive Director and Senior Client Executive of JP Morgan Chase in the Real Estate Banking Group.  In that roll, he cultivated and managed relationships with top tier institutional and private real estate developers/investors and provided comprehensive solutions for their debt, capital markets and commercial banking needs.

David’s career in commercial real estate finance and banking began in 1979 at Chase Manhattan Bank in New York.  In 1980, he was asked to relocate to Los Angeles to help establish the bank’s first real estate loan production office outside of New York City.  During his long tenure with the firm, David served in a variety of senior positions including Director of Commercial Property Lending, Regional Executive for the Pacific Coast, and National Head of Underwriting for Real Estate Banking.

He is a former member of a number of local and national real estate organizations and has served on the Board of Directors of the Urban Land Institute-Inland Empire Chapter; Free-N-One, a national substance abuse prevention program; and the Board of Trustees at West Angeles Church of God In Christ.

Currently, David is an author, mentor and advisor with a commitment to promote faith-based financial literacy and is active in the pursuit of solutions to end homelessness.

He is a native Bostonian and a graduate of Boston University with a Bachelor’s degree in finance.  He loves to cook, earned a degree in culinary arts, and ran his own catering company for a short period of time.  David and his wife Lorene have been married since 1980.  They have two adult sons, Christopher and Jordan, and two grandchildren. 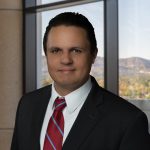 He has over 18 years of experience in the oil and gas industry, and expertise in a multitude of disciplines, including Management, Corporate Finance, Economic Evaluation, Domestic and International M&A Transactions and Planning.

Francisco and his wife, Brenda, have two children and reside in Valencia, CA.

J Scott Watt became a member of the Union Rescue Mission Board of Directors on February 28, 2000. He is currently Executive Chairman of the Board of Watt Companies. Scott joined Watt in 1976 as Senior Vice President of Forward Planning. Prior to joining, Scott founded and led Scottfield Building Corporation, a company that built more than 1,000 residential units and a shopping center during its six year history. During his time as SVP of Forward Planning, Scott completed $50 million in office buildings, shopping centers and industrial building development. In 1986, he became President of W & B Builders, parent to several Watt subsidiaries. Under his leadership, the division completed over a million square feet of commercial and industrial properties during a three year span. Scott took over as Chairman of Watt Companies in 2009 and has successfully engineered the transition from Founder to 2nd generation. Watt Companies has grown from revenues of $117,000,000 in 2009 to $174,000,000 in 2014.

Scott is a graduate of the University of Southern California and holds a Master’s Degree in Education, with an emphasis in counseling, from the University of Miami. Scott is, or has served as, a Board Member for the Greater Los Angeles Zoo Association, Chairman for Christian Associates Los Angeles, and the Board of Brentwood School. He was a chapter chairman of the Santa Monica Bay Chapter of the Y.P.O.

He is currently a member of the University of Southern California (USC) School of Social Work Board of Directors, the USC Lusk Center for Real Estate Executive Committee, the USC School of Business Advisory Board and a past member of the USC Alumni Executive Board of Governors. Scott is also an Elder at Beverly Hills Presbyterian Church. Scott has four boys; James, Donny, Kanaga, and Dax, with his wife Obaida. 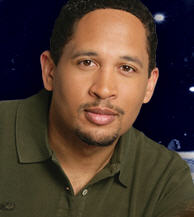