Even from a young age, Gary suffered from depression. But a seed of hope gave him a new life.

Gary had been depressed all his life.

It started at a young age. The crippling depression that made Gary feel like life was hopeless and not worth living.

"You feel like, 'I'm stupid. There is no hope for me in this world. I just want to end my life,'" Gary said. "I found out a good way to medicate my depression was through alcohol."

But Gary soon learned that path only led to failure and loss. He lost his job and a place to live. "I was on the streets," he says, "sleeping on the streets, eating out of garbage cans."

At Union Rescue Mission, Gary enrolled in our Seeds of Hope program, where he was given a few weeks to recover from the effects of life on the streets. After three weeks, Gary was eager to join our year long life transformation program.

Today, Gary is thankful for his second chance. "I have this philosophy, I cannot do one year here, but I can do one day," he shares. "Then tomorrow I'll do one day again. And pretty soon, it'll be graduation."

“I thank God every day for this. I want to always appreciate this place, and never take it for granted.” 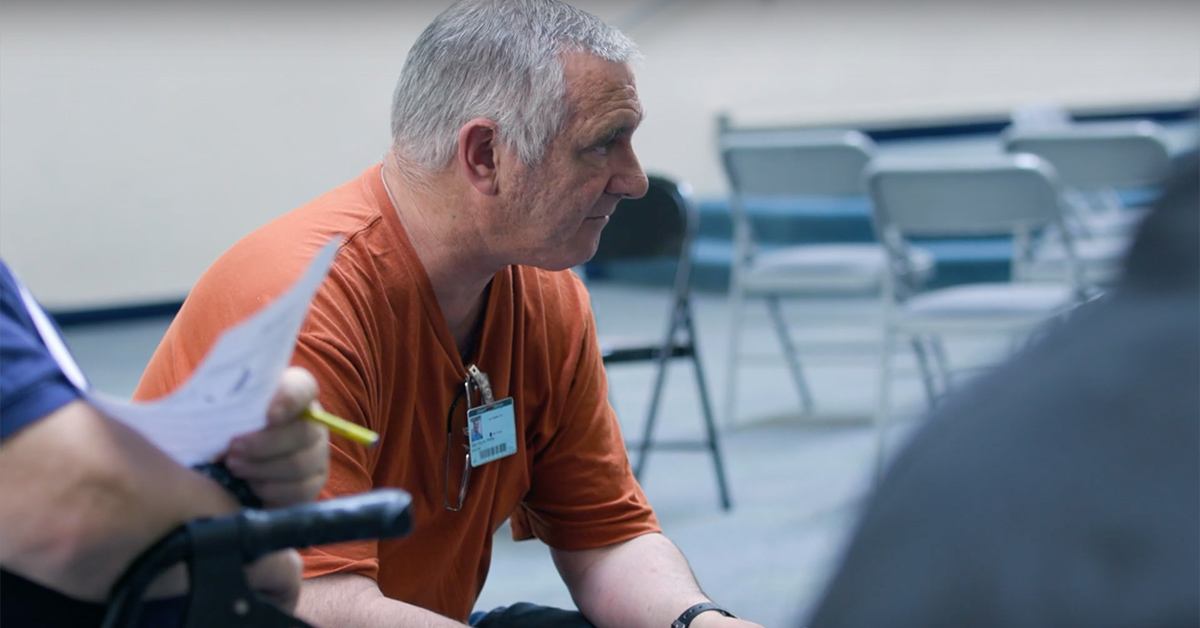 Help restore men, women, children, and families with lifesaving care and the hope of God's love.

Inside, they are broken, damaged souls. They need a place to feel safe. To find comfort. To be part of a community where they can heal with others who share their suffering, and then begin to find healing through the power of God's love.

Union Rescue Mission, located in the very heart of Skid Row, welcomes anyone who needs help— men, women, children, and families. Those who enter into our programs can feel the love of God at work in tangible ways.

Will you give a generous gift today? Thank you and God bless you!

Your gift will provide meals, shelter, and lifesaving care for men, women, children, and families devastated by homelessness. Please be as generous as you can to restore broken lives today.