Maritza's life unraveled as a result of the terrible childhood abuse she endured.

Make a difference for more women like Maritza this holiday season.

She was barely a teenager. But Maritza remembers every detail of the day her stepdad assaulted her, like it was yesterday.

As an innocent young girl, Maritza suffered unspeakable pain at the hands of her stepdad.

The abuse left scars that never fully healed, even after she was removed from her home and put into the foster care system. When she turned 18, Maritza ended up on the streets, surviving however she could, trying her best to keep her life together.

Before she came to Hope Gardens, Maritza had been living in a hotel, but her money was running out and she needed to find somewhere safe for herself...and her children.

She received Union Rescue Mission CEO Andy Bales' contact information and called him on his cell phone for help. He personally drove to get Maritza and her children, and a new chapter in her life began.

In the beautiful surroundings of Hope Gardens, Maritza found the space to heal, find peace, and feel safe for the first time.

But what she's incredibly thankful for is that her kids are in a secure environment.

"My kids are happy," she says. "They're in a space where nothing can harm them. No one is here to harm them. That's what I always wanted."

“After everything I've been through, God is still doing good for me.” 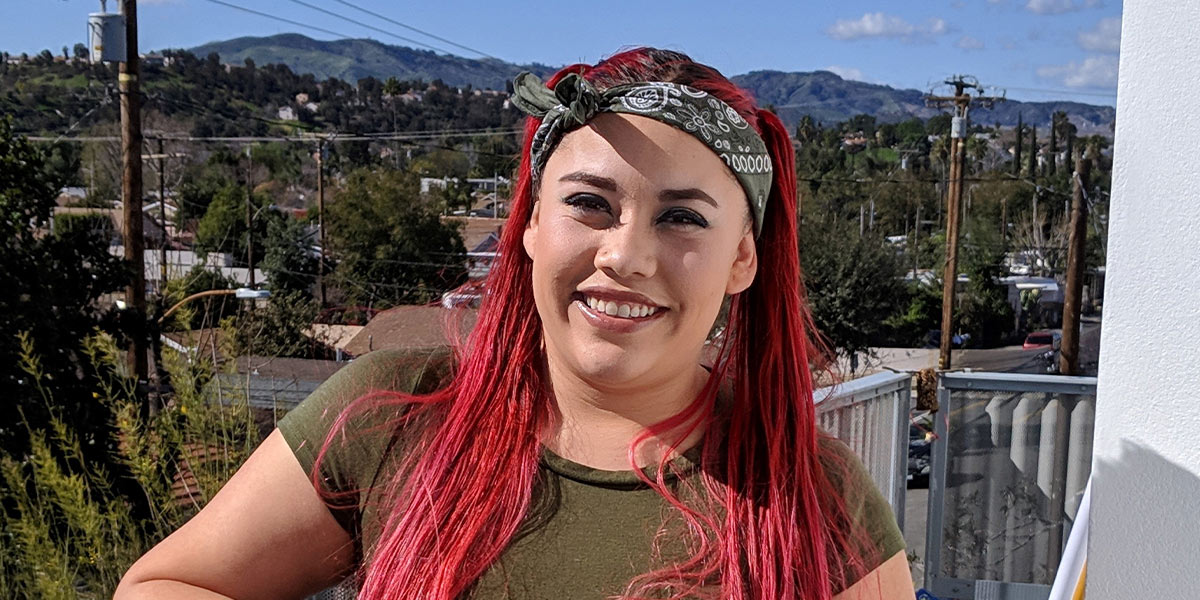 Hope starts with a $2.54 Thanksgiving meal!

Give a meal and hope for a new life this Thanksgiving season!

Inside, they are broken, damaged souls. They need a place to feel safe. To find comfort. To be part of a community where they can heal with others who share their suffering, and begin to find healing through the power of God's love.

Union Rescue Mission is here to help this Thanksgiving

Union Rescue Mission, located in the very heart of Skid Row, welcomes anyone who needs help— men, women, children, and families. Those who enter into our programs experience the love of God at work in tangible ways.

The Thanksgiving season is a perfect time to share God's love with those who have been devastated by homelessness and who are trying to get back on their feet at Union Rescue Mission.

Will you give a generous gift to provide Thanksgiving meals today? You'll transform lives with every $2.54 meal you help provide.

Give a meal and change a life this Thanksgiving season

Help provide a Thanksgiving meal with every $2.54 you give, and help someone devastated by homelessness start on the road to a new life!