Kenneth thought he was protecting his mom when he killed his drunken, abusive father.  Shockingly, that wasn’t the way his mother saw it…

After years of watching his drunken father abuse his mother — sometimes taking the beatings for her — he had enough.

“I protected my mom and she turned her back on me.”

So mustering all the courage a 13-year-old boy could, he stepped right into the middle of another alcohol-fueled beatdown and when his father turned on him, Kenneth grabbed his father’s gun and killed him.

Shockingly, his mother lashed out at Kenneth.

Not only did she not defend him in court (where Kenneth was on trial for premeditated murder) but she spat in his face, screaming, “I hate you!  What am I going to do now?  You ruined my life!”

Feeling abandoned and disillusioned, Kenneth turned his back on God — and pretty much everyone else in his life.

So it came as quite a shock when his mother remarried and her new husband — who was a soft-spoken Christian — asked to come visit Kenneth behind bars.

Why all this talk about God?

At first, his stepfather’s visits irritated Kenneth since their conversations always centered on God.

“God’s never done nothin’ for me,” Kenneth said.  “I did all kinds of praying for God to remove my dad from our lives, and He never did anything.”

“I protected my mom and she turned her back on me,” he said.

Kenneth was persistent in his bitterness toward the past.  But his new stepfather was also persistent, coming back week after week to visit.

Eventually, his stepfather’s love overcame Kenneth’s hard heart — so much so that when he was released from prison, Kenneth asked to go home instead of to a halfway house.

Making peace with the past

Once there, his first order of business was to reconcile with his mom.  First, he apologized.  Then she did.  “I hope you can forgive me,” she said.  “I know your father was abusive but he put a roof over our heads and I didn’t know how to get out.”

Though Kenneth now had peace with his mom, his life was anything but peaceful.

He was still running in a gang, using drugs, prone to violent outbursts.  That’s how he ended up at Union Rescue Mission.

Once here, Kenneth began to take a good, hard look at what his life had become. “I’m 48 years old.  I have seven children and five granddaughters and I haven’t got anything to offer them,” he said.  “I used to feel unwanted by my family and I used it as an excuse to push away every relationship I had.”

"I used to feel unwanted by my family."

After a rough beginning, Kenneth reconciled with God, thanks to wise counsel he received from his chaplains and staff members.

As a recent graduate of Union Rescue Mission’s Christian Life Discipleship Program, Kenneth says being here has taught him humility, how to talk to people, and how to care about the struggles of others, particularly those who are fresh off the streets.  Kenneth has flourished since completing URM’s program and has obtained full-time employment in New York as a heavy equipment operator for a global renewable energy company.

To friends like you who made it possible for him to be here, Kenneth says simply, “Thank you!”

“You’re offering people new life.  And those without hope are finding hope and walking away with their dignity.”

Please continue to support Union Rescue Mission so that others like Kenneth might find new life and the ability to move beyond their past.

THIS IS THE DIFFERENCE YOU'RE MAKING!

“My kids and I owe our lives to everyone who supports this place.  And now, all the women and families I’m helping — they owe their lives to donors too.”

“I had two modes: rage and depression.  I didn’t think I had a future.  This mission helped me change it all around.”

“My high school counselor said I wouldn’t graduate.  I came to Hope Gardens and they were able to help me and support me and now I’m graduating in August.”

HOW YOU HELP TRANSFORM LIVES

Most of the men, women, children, and families who come to Union Rescue Mission off Skid Row follow this same path to new life.

First comes redemption, when our guests make peace with God and embrace all He has to offer. Next comes reconciliation, as they begin to take responsibility for the choices in their past — and then do everything in their power to make things right. Only after those two critical steps have been taken can restoration occur. With family. With friends. With their community. And with God.

Your support, coupled with God’s unfailing love, is the reason so many have found success.

If you are able, please give today. And let’s give every hurting person who walks in off the streets a reason for lasting hope.

Your support is the reason so many have found success!

Please give today to help more people find a reason for lasting hope. 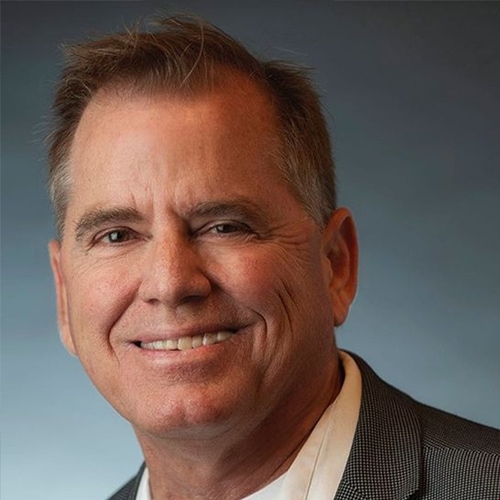 At Union Rescue Mission, we see lives transformed every day because of God’s unfailing grace and your generous giving.

The road to new life doesn’t happen, however, until our guests are willing to “own” their stories. Like you and me, they must take responsibility for the good and the bad from their past before they can move on to a new, more positive future.

That’s what Kenneth was able to do — and the reason he’s now living a changed life that you can read about in the cover story in this month’s issue of The Mission.

Change is never easy, especially when the past is littered with regrets.

Change is never easy, especially when the past is littered with regrets. Admitting their mistakes is the first step to finding hope in God’s forgiveness — and in reconciling with the ones who were wronged.

I am so proud of Kenneth — and others who traveled this journey before him. How God can take these broken, shattered lives, and make them beautiful again still amazes me.

Thank you for supporting Union Rescue Mission, and making lasting transformation possible for so many in dire need. We couldn’t do this lifesaving work without you!