Resurrected From Death to a New Life

Antonio got a
second chance
because YOU cared

I’ve been through so much. When I was 5, I was kidnapped in Mexico and trafficked to the United States. I escaped at 9, after suffering four years of unspeakable abuse, which left bruises and scars over my entire body. I was placed in foster care—but I was already so damaged. After high school, I was on my own, but I felt so much anger and pain. I had no family to rely on, and I didn’t trust anyone. My cycle of self-destruction started there, and I couldn’t stop it. What I didn’t know is that even more pain but also my resurrection were coming.

“I came here dead, but now I live. Thank you!” —Antonio

I lived a lifetime of betrayal and pain, and it never healed. After my son’s birth, when I was 30, his mother left me. After that, my son was all that mattered—but seven years later, I still needed help. So I left my son with his mom and came to Union Rescue Mission. Skid Row perfectly reflected how I felt about myself: ugly, lost, and irredeemable. I felt dead. When I came to Union Rescue Mission, I only wanted a bed for a few nights. I had spent the past 20 years in an endless cycle of success, self-sabotage, and failure—and I didn’t know how to stop it. I was in another period of failure: tired, stressed, and frustrated. I had to do better, not only for me, but also for my 7-year-old son. He was the love of my life. At Union Rescue Mission, I may have only wanted a bed, but I found a light in my darkness. I found hope and redemption. I realized that the only way I could be the father my son needed was to let God change me from the inside out. I joined the program and dove into the Bible studies, counseling, and classes. When I learned that Christ died for me and rose back to life, I gave my life to Him. If God had a plan, I was going to follow it. When I graduated in March 2020, I was a new creation in Christ. God had miraculously transformed my life. I was ready to get my son—but that was not part of God’s plan. My son died in a diabetic coma before we could reunite. I lost him when he was about the same age that I was when I was orphaned. I was devastated. Yet in the midst of my grief, God was always there for me, and so was everyone I knew here at URM. I’m still not over it. I will probably never be over it—but I’m not bitter. I still believe God has a plan. Today, I’m working for Union Rescue Mission as an accountant. I’m now part of this light in the darkness. I’m here to help other people find their resurrection just like me. As a donor, you were a part of God’s plan. He used you to make all this possible for me. I came here dead, but now I live. Thank you!

“Arise, shine, for your light has come, and the glory of the Lord rises upon you.” —Isaiah 60:1

At 6:19 a.m. on April 17, Easter Sunday, nearly 150 guests will gather on the rooftop of Union Rescue Mission to celebrate the resurrection of Jesus Christ—the reason we do what we do. Your generosity has given men, women, and children a second chance to rebuild their lives this Easter. We cannot thank you enough. Thank you for saving lives! Thank you for giving hope! Thank you for showing the love of Christ and helping care for men, women, and children who are less fortunate and in desperate need of a second chance.

Your support can provide a special Easter blessing for our children at Hope Gardens. Thank you for caring!

This is custom heading element

Tonight, tens of thousands of men, women, and children in Los Angeles will go to sleep with no bed, no home, and no hope.

But you and I know there IS hope—the hope of a resurrected Jesus who rose from the dead that first Easter morning. It’s a hope that promises the chance for new life to everyone who believes. And it’s the hope we preach every day to hurting people at Union Rescue Mission. Your gift today brings new hope and resurrection life to those who have lost hope and for all those we serve at Union Rescue Mission, Hope Gardens, and Angeles House. Help give them a chance for new life in Jesus Christ. 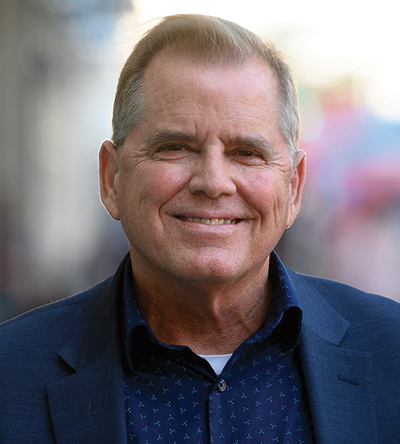 It’s so tragic and hard to imagine. An estimated 86,000 to 96,000 men, women, and children in Los Angeles County are now devastated by homelessness—many of them are unsheltered. By next year, some predict that number could rise to more—and right now, more than 5,000 are living lives beyond devastation here on Skid Row. Skid Row has become a hell on earth, a festering man-made disaster overrun with giant rats, stinking piles of refuse, drugs, cartels, violence, and mental illness. Right now, we have more guests seeking help at Union Rescue Mission than ever before. Just like Antonio, most come through our doors overwhelmed with past trauma. They are filled with despair and hopelessness, wondering whether a better life is even possible anymore. Yet there IS hope—thanks to Easter. When Jesus walked out of His tomb that first Easter, He defeated evil, disease, despair, hopelessness, and even death. This is the hope we offer, and the hope that your partnership makes possible, to everyone at Union Rescue Mission, Hope Gardens, and Angeles House: resurrection, redemption, and salvation—and, like Jesus, every year hundreds of men and women who once lived in despair and hopelessness leave here with brand-new lives. He is risen indeed.