Rosalind decided to leave her abuser. But that decision cost her everything.

Make a difference for more mothers like Rosalind this holiday season.

"I think we all tend to, in hard times, blame God. How could He let this happen? Where are we going to go?"

Rosalind lost her job and her apartment. She had nowhere to go. Leaving the abusive relationship she was in had cost her everything.

"My kids stayed with relatives and friends and I slept in my car,” she says. “We were on and off the streets, I would say, two and a half years."

It wasn’t pretty. And it was mighty tempting to blame God for the mess that had become her life. It wasn’t just her last boyfriend who had wronged her, it was a series of abusive relationships that had become Rosalind’s norm. "And that’s a horrible cycle,” she says.

“My sister told me about the URM and when I pulled up, that was a defining moment in my life,” Rosalind says. “I mean, I've been there to serve the homeless. I just never thought that I would end up living there.”

It was a wake-up call. She knew she didn’t want to go back to living as she had. Showing up at URM, asking for help, was like, “God saying,‘This behavior needs to stop,'" says Rosalind.

At Hope Gardens, she and her daughters are taking steps to build a more solid foundation for the future, and she’s learning about the mighty power and reality of God’s forgiveness…and how to forgive herself.

Please watch Rosalind’s story to discover this incredible woman’s story. Your support gives many others like her hope and tools to succeed during the toughest time in their lives.

“Coming [here] was definitely an answer to my prayers. And there are things...I'm still working on but slowly but surely I'm progressing.” 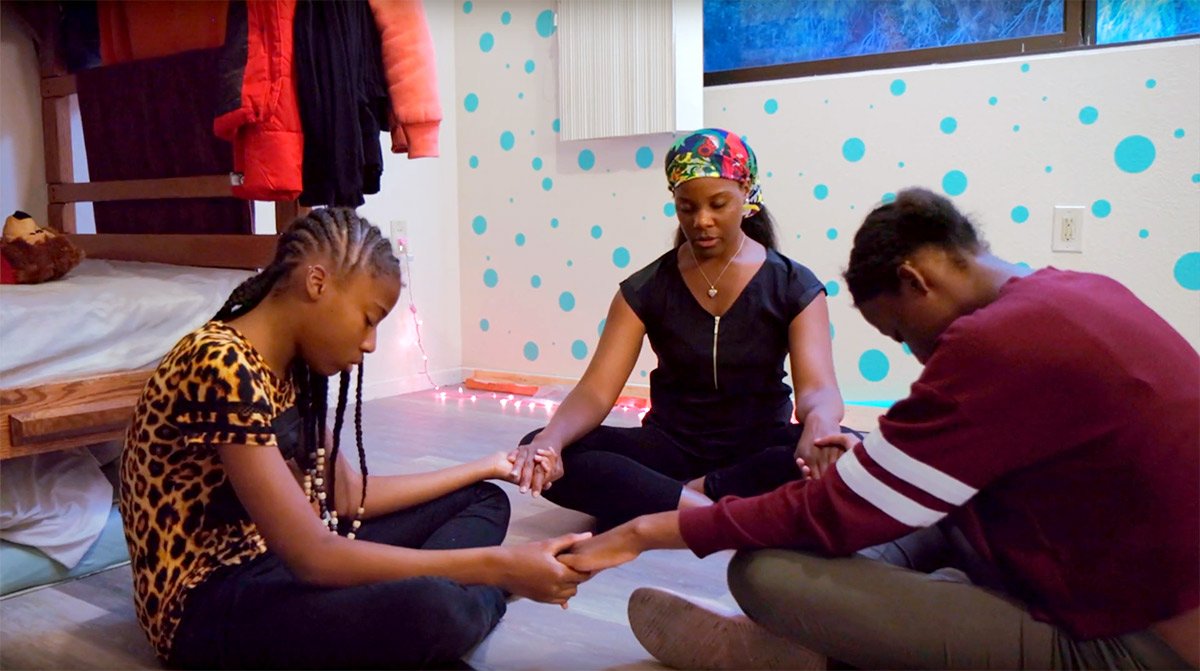 Give generously, and let the Matching Challenge Gift reach TWICE as many people with meals and hope for new life!

Inside, they are broken, damaged souls. They need a place to feel safe. To find comfort. To be part of a community where they can relate with others who share their suffering, and then begin to find healing through the power of God's love.

Union Rescue Mission, located in the very heart of Skid Row, welcomes anyone who needs help—men, women, children, and families. Those who enter into our programs experience the love of God at work in tangible ways.

The holiday season is a perfect time to share God's love with those who have been devastated by homelessness and who are trying to get back on their feet at Union Rescue Mission.

Will you give a generous gift to provide holiday meals today? You'll transform lives with every $2.54 meal you help provide. Thank you and God bless you!

With every $2.54 you give, you'll provide TWO holiday meals, helping people devastated by homelessness start on the road to a new life!