Union Rescue Mission’s Senior Leadership consists of a dedicated team of professionals who are led by CEO Rev. Andy Bales and responsible for the oversight of URM’s five core divisions.  Our senior leadership team inspires excellence, professionalism, and fellowship while fully embracing people who are experiencing homelessness with the love of Christ.

Andy brings over 35 years of experience in community outreach and service to his “friends experiencing homelesssness”, as Andy puts it, as he leads Union Rescue Mission into a new era of unique and innovative services for Los Angeles’ Skid Row community.

Andy’s vision for the future of Union Rescue Mission is to keep with the Mission’s long and distinguished history of service in the City of Los Angeles. Established in 1891, URM has always served the most desperate men, women and children of the community.

One of Andy’s earliest challenges as Mission leader was to assist in the development of transitional housing for mothers and their children living in the Mission’s downtown facility and in neighboring SRO hotels in and around Skid Row. By working to establish the thriving Hope Gardens Family Center, he also worked to provide permanent supportive housing for senior women away from the mean streets of Los Angeles. Hope Gardens Family Center, in the foothills of the Angeles National Forest near Sylmar, was developed to serve this growing population of abandoned and desperately poor women with children and elderly women. The Senior Women’s Permanent Supportive Housing facility at Hope Gardens was opened in August 2006. The Women’s and Children’s Transitional Living Facility opened in late June of 2007.

As CEO of Union Rescue Mission, Andy has had a pivotal role in reshaping hospital and governmental policies related to the “dumping” of homeless patients from hospitals on to the streets of Skid Row. Andy’s present focus is organizing and working with community partners to address the epidemic of homelessness in Los Angeles.

Andy has many awards and honors for his community service, including: being named as the 930th Point of Light by President George Bush in 1992, receiving the 1999 Des Moines NAACP Community Service Award, and receiving the 2004 Martin Luther King, Jr. Award from the Interdenominational Ministerial Alliance of Pasadena. He was declared a Treasure of LA by the Central City Association in 2017. He has been featured in Leadership Journal’s article “Great to Good Churches”, CBS’s 60 Minutes, NBC’s Dateline, CNN and Social Media, and is a frequent guest speaker at conferences, schools, and clubs. Rev. Andy’s Blog was awarded 1st place for media success by the Association of Gospel Rescue Mission’s at their annual convention of 350 participating missions world-wide in 2008, 2009, 2010 and 2011. Andy was named the “2011 Fundraising Professional of the Year” by Fundraising Success Magazine for fundraising achievement in 2010. Andy received the Los Angeles Business Journal’s award for Nonprofit Leadership Excellence in June 2012.

In June 2009, Cone, Inc. published the Cone Nonprofit Power Brand 100 Report. Union Rescue Mission was listed in the top 100 brands at #94, ahead of national charities such as: YWCA, United Cerebral Palsy Association and Camp Fire USA. When you consider that there are 1.1 million registered non-profits in the U.S., the fact that URM was listed at #94 is incredible. Andy’s personal participation in embracing social media opportunities has been credited for the Mission success in receiving this distinction.

Andy and his wife Bonnie (a nurse) have six grown children, and delight in their grandchildren, Elijah, Ava Marie, Ezra, & Asher, twin grandsons Jack and Benjamin, & newest granddaughter, Isla. Andy and Bonnie have also welcomed over 25 children in Foster care alongside their children.

Dan has always had a heart for using his administrative skills in Christian organizations.  He earned a  BS in Accounting and later an MBA from California State University, Northridge.  He started his career in public accounting and then entered the aerospace industry as an accountant, auditor, financial analyst working his way into management.  He was delighted to take the role as Controller at Grace Community Church, a ministry of over 10,000 members/attendees.  He promoted to Business Administrator/CFO before transitioning to The Master’s University where he taught business classes and managed the Marketing Department of the Adult Degree Completion Program.  In 2012, Dan joined Union Rescue Mission as Controller and is currently serving as VP of Men’s Ministries .  Dan has been married to Carol for 32 years.  They have 4 children, Amanda 30, Rachel 29, Kimberlee 27 and Lydia 16. 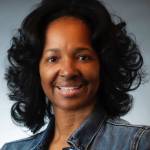 Attended the College of St. Paul’s & St. Mary’s in Cheltenham England, graduated from the University of La Verne in La Verne California. Received a Bachelor of Arts Degree in Public Relations with an emphasis in Broadcast Journalism. Also studied Drama for two years at Cross Roads Arts Academy in Los Angeles.

Hobbies & Other Interest: Skiing, golfing reading and traveling. I have lived in Germany, Turkey and England. I am a member of West Angeles Church of God In Christ, a board member of RBD Communications and a Executive committee member of The Hollenbeck Youth Centers Los Angeles Inner City Games. 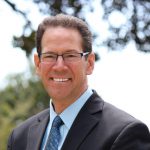 Richard had a very successful 30+ year career in the fashion industry as Senior VP of Sales for a major U.S. women’s and girls’ apparel company.   He was recruited onto the URM Board of Directors in 2013, by CEO Andy Bales, where he served as Board Development Chair for a five-year term.  During his time on the Board, Richard helped create the very successful URM Walk to Fight Homelessness at LA Live in 2018. Richard’s positive board impact led to Andy’s recruitment of Richard onto the URM Senior Leadership Team in July of 2018 as VP of Philanthropy.

Richard has a decade’s long record of supporting social justice, fighting homelessness and working to reducing poverty in Los Angeles and around the world.  Using his expertise in sales, marketing and trend analysis, Richard has helped multiple non-profits to build their fundraising and marketing programs. Serving on the Board of Lutheran Social Services of Southern California, Richard helped rebrand the organization as LSS Community Care Centers of Southern California. Richard also helped reinvent their annual walk-a-thon event by rebranding it as the “LSS Walk to End Poverty,” which resulted in participation and funds increasing fivefold.

Richard also served as Co-Chairman of the Board for the San Damiano Foundation in Burbank, CA, which is a Franciscan ministry, with a history of making social justice documentaries on global poverty.  The Foundation truly lived into its mission statement of “Putting the Power of Film at the Service of the Poor.”

In addition, Richard has served in multiple leadership roles at several Los Angeles area churches. Richard helped to resurrect Bethel Lutheran Church in Encino in 2005. This struggling church was ready to close its doors and sell the property for $8.9 million to a developer to build a condo project. Richard, along with a handful of others, helped save the church and has built a thriving mission-driven community in the San Fernando Valley. Today, Bethel’s mission is to help fight homelessness in the Valley and poverty around the world. To that end, Richard, a wine collector and aficionado, helped create Bethels bi-annual “Wine into Water” event.   It’s a large wine tasting and food pairing experience, with all proceeds going to drill fresh water wells in developing countries around the world.  To date, Bethel has drilled over 20 fresh water wells in Africa and other third world countries.

Born in New Orleans, LA, Richard attended Louisiana State University in Baton Rouge, where he received a BS degree in Marketing and Fashion Merchandising. He’s married to his college sweetheart, Patti, and they have one daughter, Taylor. 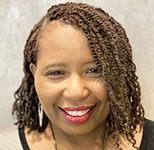 LaTonja  Lindsey has a passion to serve the unforgotten ones. her passion in life is to empower others through the love of Christ.

LaTonja has worked in non-profit Christian organizations for over 18 years. She has a background in administration, volunteer services, working with people who have disabilities, and community outreach. LaTonja has a BA in journalism.

LaTonja joined URM in 2007. She has worked in various position at the mission, which has allowed her to understand the needs of the people. She now oversees all aspects of men, women, and family emergency services.

LaTonja is a strong advocate for helping women achieve their full potential. She believes in sisterhood and strives to bring peace amongst all women she meets.

LaTonja loves to travel and meet new people from all walks of life.

LaTonja considers herself a foodie at heart and is always open to help broaden a person’s pallet.

LaTonja loves Jesus, her family, friends, and the unknown. 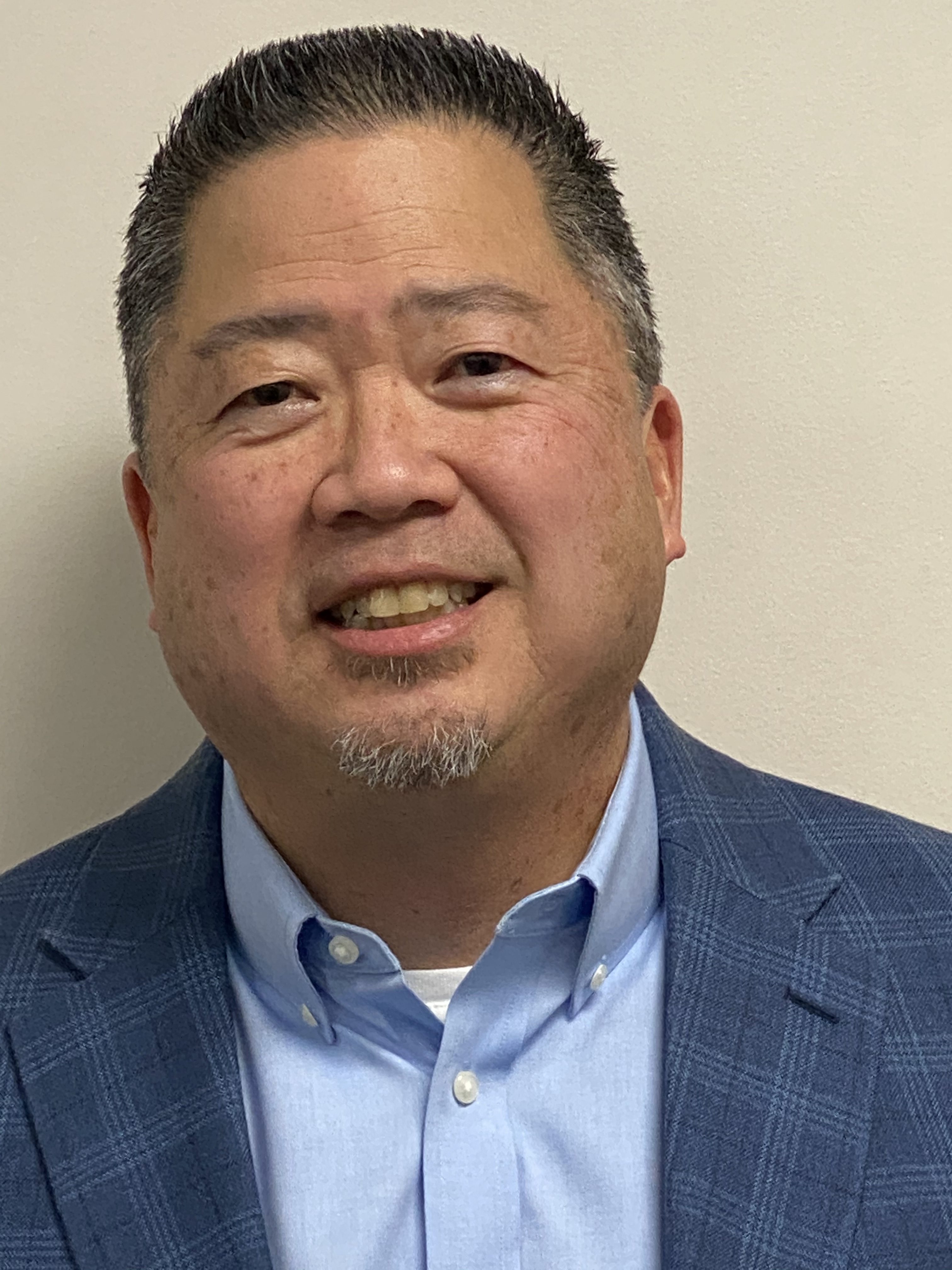 Christopher has served the Lord for 15+ years as a financial executive for Gospel Focused non-profits.  For over 35 years he has worked as a public and private accounting professional in various industries including non-profit, retail, wholesale, manufacturing, financial institutions, healthcare, providing experience in operational, financial, technology and logistics oversight, as well as mergers, acquisitions, IPOs, and divestitures.  He earned Bachelor of Science (BS) degrees in Accounting and Information Systems from Biola University and CPA issued in the State of California.  Christopher and his wife Stephanie have raised their two sons Chris and Kendall in the San Fernando Valley, while he has served as an Elder and worship team member at New Life Church in Woodland Hills.  Chris and his wife Stacey have blessed their family with the recent arrival of their first grandchild Oliver John. 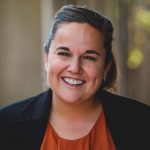 Joy Flores comes to Union Rescue Mission via Fellowship Monrovia where she served as Pastor of Local Outreach. Not only did she oversee all outreach efforts to the local community through projects and events, she also developed their Restorative Justice Ministries including: At Rick Youth, Foster Care, Sex Trafficking, Homelessness & Prison. Taking a holistic nontoxic approach to addressing systems of oppression, Joy has a deep passion to see these forms of modern-day slavery reversed.

With over 18 years of ministry experience, Joy has cultivated her desire to see every man women and child not only treated with respect and dignity, but also to tangibly reflect the love of Jesus Christ to a world filled with so much brokenness and pain.

Joy received her Master’s & Bachelor’s degrees from Azusa Pacific University, go Cougs! She has been married to Augie, the most hardworking dedicated man on planet earth, for the past 13 years. They have 4 energetic kids, Jeremiah, Jake, Andrew & Hailey. 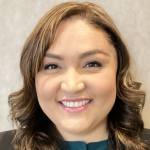 Yeilen Willis is a turnaround leader who helps bring out the best in others. She is passionate about life-long learning and tapping into the potential of her teammates. Her life mission statement is: To help people relate responsibly to God’s grace. Yeilen began her career in real estate and the mortgage industry, forged her way through a decade of doing sales and customer service, and ended up as an expert in human resources. Along the way, she earned a bachelor’s degree in Organizational Management with a concentration in Human Resources from the University of La Verne and a master’s degree in Leadership and Organizational Studies from Azusa Pacific University. For eight years she served at Reasons to Believe, successfully overseeing and implementing programs that transformed their workplace culture. Yeilen left that wonderful job because she sees so much good being done at URM that resonates with her heart for social justice. In her personal life, Yeilen attends New Song Church in San Dimas and actively serves as an Advisory Board Member for Right On Mission. Her greatest joy is her son, Joseph, and watching him grow in Christ. Yeilen enjoys dancing, laughing, and spending meaningful time with family and friends.