This year Union Rescue Mission is honored to announce they have been selected to participate in the prestigious Tournament of Roses Parade 2017! To commemorate 125 years of service to people experiencing homelessness in Los Angeles, we honor how it all began by riding in a Gospel Wagon with vintage costumes from the year 1891.

Union Rescue Mission preached the word and served meals from a Gospel Wagon, much like the one we will be riding in during the Parade.  Founded by Lyman Stewart the wagon ministered to destitute unemployed men outside saloons as they drank away their sorrows. The wagon offered clothing and food, but most importantly HOPE. It is said that the men who sadly slipped back into drinking had “Fallen off the wagon” coining the phrase that is still used today. A modern day tale of a life filled with years of falling off the wagon, saved by the love of a frustrated but devoted wife would make for an incredible Hollywood movie. This real life love story is that of Kimberly and Robert.  Kimberly had reached her breaking point with Robert’s drinking, but she never stopped caring for her husband. One night Kimberly a “born again” Christian heard Rev. Andy Bales on the radio program “Amazing Stories from Skidrow” she knew what she had to do. She brought Robert to get help at Union Rescue Mission and much like the lost souls back in 1891 who found HOPE on the Gospel Wagon he too found HOPE and a life transformed.  Robert who has been sober for over 2 years, the first time in over 50 years is taking one day at a time and their love grows even stronger each day.  Kimberly says “She can see the miracle taking place in Bob.  He is a changed man. He loves the Lord and everyday he’s getting healthier.” Los Angeles California (October 2016) On Monday October 24 at the Beverly Hilton Hotel Union Rescue Mission will be celebrating 125 years of serving people experiencing homelessness in the City of Angels. CEO Andy Bales says, “We are coming together with our friends and supporters to celebrate 125 years of greater healing”

This evening is made possible with a special thank you to all of our sponsors Tim and Lisa Sloan, Silvia and Kevin Dretzka, Watt Companies, and The Bettie Gordon Neale Foundation. This celebratory event promises to include personalities, special guest hosts, and sponsors all with the goal to raise awareness to help precious people experiencing homelessness. Union Rescue Mission alongside volunteers, guests, donors, and special honorees to commemorate 125 years of life transformation.

About URM
URM is one of the largest missions of its kind in America — bringing help and hope to men, women, and children experiencing homelessness in Los Angeles. URM provides comprehensive emergency and long-term recovery services to our guests to help them escape the dangerous streets of Skid Row and transition from homelessness to independent living. URM was recently rated 4.0 by Charity Navigator along with 100% rating in Transparency and Accountability. Union Rescue Mission is the only emergency shelter that accepts single women and families with children. with your Host Alfonso Ribeiro

& Entertainment by Shalyah Fearing of The Voice

He is involved in leadership roles at a number of civically-minded organizations, including Cedars-Sinai Medical Center and the Geffen Playhouse. Mr. Minerd’s long time generous support has been crucial to URM’s success.

Liz Mooradian
Spirit of Union Rescue Mission Award
Liz joined the URM staff in January 1992 and served as the Director of Communications and Public Relations. Liz had the opportunity to raise a family as a first career and move into serving those who are less fortunate as a second career. She worked in the International Office of World Vision before transitioning to URM.

In addition to enjoying an active ministry with URM, Liz has been blessed with many years of service to her church, community, and local schools. Among her many accomplishments at URM, Liz is most proud of her efforts in gathering and saving the historic archives and then building the Mission’s History Library. She believes her personal duty during her tenure at URM was to find and save the history.

David Dow
Architect of Hope Award
Named Chairman of the Board in January 2004, David Dow has been a member of Union Rescue Mission’s (URM) Board of Directors since 1999. Originally introduced to URM as a reporter on assignment, David brings a unique perspective to the board as a 38-year veteran of print and broadcast journalism.

A witness to many landmark events, David has developed a deep sensitivity for human distress. He joined CBS News as a correspondent in1972, covering stories in more than two dozen countries on three continents.

David is a graduate of Stanford University, an elder of Bel Air Presbyterian Church, father, and husband to Dr. Nancy Edwards.

Alfonso Ribeiro
Emcee
As the new host of America’s Funniest Home Videos, actor, TV director, award-winning dancer, and Broadway star, Alfonso Ribeiro has spent more than 30 years leaving his unique mark on the worlds of television, theater and beyond.

Ribeiro began his career as a child actor, most notably on Broadway, playing the lead role in the Tony-winning musical The Tap Dance Kid. After earning a Theater Arts education from Cal State University, he was given the opportunity to choose a role on the established sitcom A Different World or a new pilot called The Fresh Prince of Bel-Air. Showing an adventurous streak, he chose the latter and created the memorable character of “Carlton Banks” opposite another teen idol, Will Smith, for six seasons.

Having grown up in front of the camera, Alfonso knew that opportunities existed behind the scenes, too. His impressive resume as a TV director includes popular programs like In The House, Shake It Up, Are We There Yet?, The Wannabes, Meet The Browns, Cuts, Eve, One on One and All of Us. Alfonso enjoys non-competitive racecar driving, playing competitive golf, and spending time with his wife and three children.

Shalyah Fearing
Entertainment
Shalyah Fearing first entered the music industry when she auditioned for Season 10
of The Voice and lasted through the top 8 of the semi finals. Prior to The Voice, Shalyah
won a host of talent shows, her first being the Tarpon Springs Idol competition in
Florida. Shalyah is ecstatic about lending her gift to benefit a useful cause, especially
one that hits as close to home as this one.

2015 proved to be a challenging year for her family as they lost their home to foreclosure. During that time her grandmother was diagnosed with breast cancer and her dad lost his job. If it were not for local churches and programs like those offered by Union Rescue Mission, Shalyah is not sure she and her family would have survived.

LOS ANGELES CALIFORNIA (July 2016) On Wednesday July 13th 2016, Union Rescue Mission (URM) will host their 13th Annual Christmas in July thanks to their longtime partner SUBWAY® Restaurants!  Christmas in July will feature fun games, prizes, and face painting!  Over 200 kids of all ages from URM and Hope Gardens Family Center will be treated to 20 TONS OF SNOW!

“Christmas in July” is sponsored by SUBWAY® Restaurants who will cater lunch for all of the families, along with cotton candy, snow cones, popcorn, and special guest appearance from Santa Claus in Bermuda shorts because it is July after all! The fun begins at 10:00am so watch out for flying snow balls and lots of fun for hundreds of deserving children experiencing homelessness on Skidrow. URM is one of the largest missions of its kind in America — bringing help and hope to men, women, and children experiencing homelessness in Los Angeles. URM provides comprehensive emergency and long-term recovery services to our guests to help them escape the dangerous streets of Skid Row and transition from homelessness to independent living.

URM will be hosting a hiring event on August 3, 2016 from 8am-12pm to help those who are unemployed. Prior to this event, you will be guided in updating your resume and educated on proper dress attire and interviewing. You will also complete a background check and job skills assessment. Parking will be provided. If interested, please contact 213-673-4591. URM will be hosting a hiring event on August 3, 2016 to help those who are unemployed. Prior to this event, we will guide the job candidates in preparation by assisting them in updating their resumes and educating them through workshops such as proper dress attire and interviewing techniques. They will also complete a background check and a job skills assessment. We would greatly appreciate your participation in this effort to get the people of Los Angeles employed. In return, we will offer you great candidates for the employment opportunities provided while promoting of your business. Please respond by July 27, 2016 by contacting 213-673-4591. Join us on the Union Rescue Mission’s Rooftop as the Christian Life & Spiritual Development Center presents our 5th Annual SUNRISE SERVICE! Our special speaker will be Rev. Andy Bales, CEO of Union Rescue Mission. The service will also feature special music by Joe Warren & Friends and Lavone Seetal. In addition, there will be a continental breakfast served. Free parking will be provided at Union Rescue Mission’s underground basement parking lot.

Living on the streets of Los Angeles is a dangerous situation for anyone. But for precious children, it can be life-threatening – exposing them to illness, drugs, instability, and lack of consistent education. When women finally come to Union Rescue Mission’s Hope Gardens Family Center after running out of resources and options, they are feeling hopeless and alone.

This year’s Hearts for Hope Gala – “A Generation of Hope” – held at the beautiful Four Seasons Hotel Westlake Village, will allow you to make a difference in the lives of these precious women and children.  You will have the opportunity to win items at our silent and live auctions, shop at the boutiques, and enjoy a delicious dinner with live entertainment all while supporting a good cause.

To purchase tickets or sponsorships, please click here.  If you are unable to attend but would like to support the women and children who are experiencing homelessness at URM’s Hope Gardens Family Center, please click here to make a donation.

Hope Gardens Family Center is nestled in the foothills of the Angeles National Forest and currently offers a sanctuary of transitional housing to over 50 moms, over 80 children, and 24 senior women. Hope Gardens provides the most comprehensive answers to the growing problems for women and children on Skid Row to break the cycle of poverty and help families get back on the road to sustainable independence. 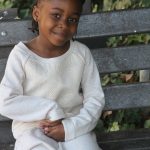 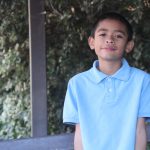 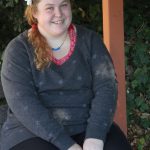 Rodney Jerkins is a record producer, songwriter and musician. He has collaborated with a broad range of popular artists and is responsible for over 160 million record sales worldwide.

Joy Enriquez has a longstanding career as a singer and actress. Joy is married to Rodney Jerkins and together they have been faithful supporters of Union Rescue Mission by giving of their time, talent and treasure.

Entertainment
Heavenly Joy Jerkins is a 5 year old prodigy singer from Calabasas, California. Heavenly first got famous for her America’s Got Talent audition in June 2015; the original copy of her audition on Youtube has received over 7 million views. Why? See for yourself at urm.org/heavenlyjoy/

In collaboration with Matt & Rona Reithmayr and Doulos Multimedia

Tickets and sponsorship opportunities available at urm.org/hearts2016
or contact Karmen Herring at kherring@urm.org or (213) 347-6311